The 10 Most Famous UFO Sightings of All Times:

Strap in, and let’s take a closer look at these most interesting events. 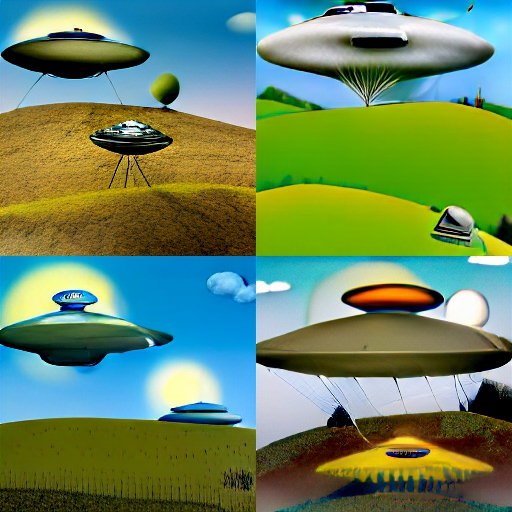 In 1947, a UFO supposedly crashed in Roswell, New Mexico, and the US military allegedly covered it up. To this day, people still believe that the government is hiding the truth about what really happened.

The Roswell Incident has been a source of fascination for many people over the years. In 1947, something crashed near Roswell, New Mexico, and the U.S. military quickly recovered the debris. The official story is that it was a weather balloon, but some people believe that it was actually an alien spacecraft.

There have been many theories about what really happened at Roswell, and the case continues to be investigated. Some believe that the aliens were friendly and were trying to make contact with us. Others believe that they were hostile and were planning to attack us.

Whatever the truth may be, the Roswell Incident is one of the most famous cases of possible alien activity on Earth. It remains a mystery to this day, and it is sure to continue to fascinate people for years to come.

In 1997, thousands of people in Phoenix, Arizona, reported seeing strange lights in the sky. Some said the lights were in the shape of a V, while others said they saw a huge, triangular craft. The US Air Force later said the lights were flares from a training exercise, but many people don’t believe that explanation.

The Phoenix Lights were a mass UFO sighting that occurred in Phoenix, Arizona, on the evening of March 13, 1997.

Thousands of people reported seeing a V-shaped formation of lights in the sky, and the event is widely considered to be one of the most well-documented UFO sightings in history.

Whatever the case may be, the Phoenix Lights remain one of the most baffling and intriguing UFO sightings of all time.

3. The Battle of Los Angeles

In 1942, during World War II, people in Los Angeles reported seeing strange lights in the sky. The military responded by firing more than 1,000 rounds of ammunition at the lights, but they never found out what they were. Some people believe they were aliens, while others think they were just weather balloons.

The Battle of Los Angeles (1942), also known as The Great Los Angeles Air Raid, was a series of attacks by the Japanese military on the city of Los Angeles during World War II. The attacks occurred on the night of February 24–25, 1942, and resulted in the deaths of four civilians and the wounding of twelve others.

The raid was the first time in the history of the United States that enemy aircraft had attacked a major American city. The attack also caused widespread panic among the city’s residents. Many people believed that the raids were the beginning of a Japanese invasion of the mainland United States.

The raids came just two months after the Japanese attack on Pearl Harbor, and they heightened the sense of fear and anxiety that was already gripping the nation. In the days and weeks after the Los Angeles air raids, the U.S. government took a number of steps to increase its defenses against a possible Japanese attack, including the establishment of anti-aircraft batteries and the imposition of a blackout on the city.

Despite the panic and fear that the raids caused, they ultimately proved to be little more than a nuisance. The Japanese military never again attempted to attack the mainland United States.

In 1980, two US Air Force officers reported seeing a UFO in Rendlesham Forest in Suffolk, England. They said the UFO was triangular in shape and had strange symbols on it. The incident became known as “Britain’s Roswell.”

It was the early hours of December 26, 1980 when two U.S. Air Force security policemen, Sgt. Jim Penniston and Airman First Class Edward Cabansag, were on patrol near RAF Woodbridge in Suffolk, England. Suddenly, they saw a strange light coming from the nearby Rendlesham Forest.

They went to investigate and saw a metal object, about the size of a small car, glowing with a bright blue light. Penniston even touched the object and said it felt warm.

The two men reported the incident to their superiors and soon a team of investigators was sent to the forest. They found inexplicable footprints in the snow and radiation readings that were off the charts.

The Rendlesham Forest Incident has never been fully explained, but it remains one of the most famous UFO sightings of all time.

In 1989 and 1990, hundreds of people in Belgium reported seeing triangular UFOs in the sky. Some people even said they saw the UFOs land in fields. The Belgian military conducted an investigation, but they were never able to figure out what the UFOs were.

The Belgium UFO Wave was a series of sightings of unidentified flying objects in Belgium that occurred between November 1989 and April 1990. The sightings were widely reported in the Belgian and international media, and were investigated by Belgian police and military.

The wave began on November 29, 1989, when two police officers in the town of Eupen reported seeing a large, triangular-shaped UFO. The object was reportedly moving erratically and making a humming noise. Over the next few weeks, there were dozens of similar reports from across Belgium.

On December 11, 1989, two F-16 fighter jets were dispatched to intercept a UFO over the town of Liege. The pilots reported that the object was moving at high speed and was completely silent. They were unable to get a lock on the object with their radar or weapons systems.

The Belgium UFO Wave continued into 1990, with numerous reports of triangular-shaped UFOs being seen across the country. The sightings generated a great deal of public interest and media coverage. However, no definitive explanation for the sightings has ever been put forward.

In 2009, dozens of people in Houston, Texas, reported seeing a UFO. Witnesses said the UFO was a large, black triangle with bright lights on each corner. The UFO was seen by pilots, police officers, and even NASA astronauts.

On the evening of Saturday, November 7, 2009, something very strange happened in the skies over Houston, Texas.

Witnesses reported seeing a massive, triangular-shaped object hovering silently in the air. The object was estimated to be about the size of three football fields and was lit up by bright, white lights.

Some people reported seeing the object for several minutes, while others claimed to have seen it for only a few seconds. There were no reports of any unusual activity or sightings in the days leading up to or after the event.

The Houston UFO sighting is one of the most well-documented cases of an unexplained aerial phenomenon in recent years. Despite the large number of witnesses, however, there has been no definitive explanation for what they saw.

Whatever the explanation, the Houston UFO sighting remains one of the most fascinating and unexplained events to have occurred in our skies.

In 2006, workers at O’Hare International Airport in Chicago reported seeing a UFO. They said the UFO was a saucer-shaped object that hovered over a gate for about five minutes before disappearing. The FAA later said the UFO was probably just a weather balloon.

The O’Hare Airport UFO sighting is one of the most famous UFO sightings in history. It occurred on November 7, 2006, when several airport employees reported seeing a UFO hovering over one of the terminals. The UFO was described as a saucer-shaped object with bright lights, and it was seen for several minutes before it suddenly disappeared.

There have been many theories about what the UFO could have been, but no one knows for sure. Some people believe that it was a secret military aircraft, while others think it was a genuine alien spacecraft. Whatever the case may be, the O’Hare Airport UFO sighting is one of the most intriguing UFO cases in recent memory.

In 2008, dozens of people in Stephenville, Texas, reported seeing a UFO. Witnesses said the UFO was a large, silent, dark object that flew low to the ground. The military later said the UFO was probably just an aircraft.

In January of 2008, residents of Stephenville, Texas reported seeing strange objects in the sky. These objects were described as bright lights, some with tails, moving erratically. The reports generated a lot of media attention and even resulted in the U.S. Air Force conducting an investigation.

Despite the investigation, the true nature of the objects remains unknown. Some believe that they were simply aircraft, while others believe that they could have been extraterrestrial spacecraft. Whatever the case may be, the Stephenville UFO sighting is one of the most well-known and mysterious UFO sightings in recent history.

In 1986, the crew of a Japan Air Lines flight reported seeing a UFO. They said the UFO was a large, shining object that followed their plane for more than an hour. The incident made headlines around the world.

On November 17, 1986, Japan Air Lines Flight 1628 was en route from Paris to Tokyo when the crew reported seeing strange lights in the sky. The captain, Teruo Mori, said the lights appeared to be following the plane. The crew tried to outmaneuver the lights, but they continued to pace the plane for over an hour. The incident was widely reported in the media and is considered one of the most well-documented UFO sightings.

In 2014, people in Chile reported seeing a UFO near the airport in Santiago. Witnesses said the UFO was a bright, disk-shaped object that hovered in the sky for several minutes. The Chilean military later said the UFO was probably just a weather balloon.

UFOs are a topic that always seems to spark intense debate and discussion. Recently, there was a UFO sighting in Chile that has people talking.

The sighting occurred on November 11, 2014 in the city of Santiago. Witnesses reported seeing a bright light in the sky that was moving erratically. The light was also said to change colors from white to red, green, and blue.

Some people believe that this was simply a meteor or some other natural phenomenon. Others, however, are convinced that this was a UFO. There is video footage of the event, which you can watch here.

What do you think? Was this a UFO or something else? Let us know in the comments!

Check this out – your own Iron Man suit. For real! Click here for more information