New age philosophy is a belief system that is based on the idea that we are all connected to each other and the universe.

This belief system is often used to help people find peace and harmony in their lives. New age philosophy is based on the law of attraction, which is the belief that what we focus on expands. So, if we focus on positive things, we will attract more positive things into our lives. This philosophy is also based on the idea that we are all energy, and that our thoughts and emotions create our reality. 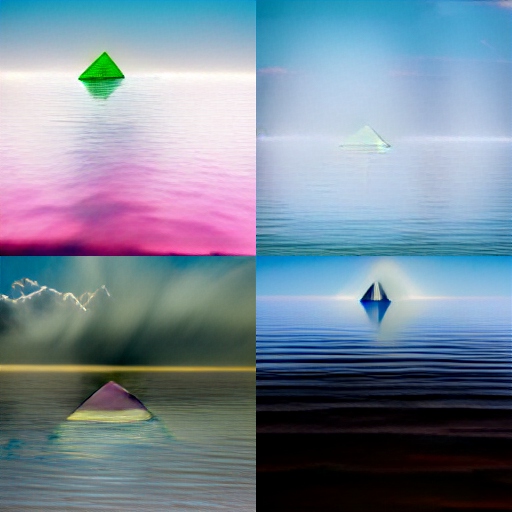 1. What is new age philosophy?

New age philosophy is a way of thinking that emphasizes positivity, spirituality, and personal growth. It is based on the belief that we are all connected to each other and the universe, and that we can tap into this energy to create positive change in our lives. New age philosophy is about living in the present moment and being open to new ideas and experiences. It is also about personal responsibility, and taking action to create the life you want to live.

2. What are the main tenets of new age philosophy?

Many people who subscribe to new age philosophy believe in the law of attraction, which says that you can attract what you want into your life by thinking and behaving in a certain way. The law of attraction is a powerful tool that can help you manifest your desires, but it’s not the only tool in the new age toolbox.

Other popular tenets of new age philosophy include the power of intention, the power of now, and the power of positive thinking. All of these concepts emphasize the importance of your thoughts and beliefs in creating your reality.

If you’re interested in exploring new age philosophy, there are many resources available online and in bookstores. You can also find like-minded people to connect with by joining online communities or attending new age events.

3. Who are some of the most famous new age philosophers?

There are many famous new age philosophers, but some of the most well-known are Deepak Chopra, Eckhart Tolle, and Marianne Williamson. These thinkers have all helped to shape the new age movement with their unique perspectives on spirituality and personal growth.

Deepak Chopra is a world-renowned leader in the field of integrative medicine. He has written many best-selling books on the topic, including The Seven Spiritual Laws of Success and The Soul of Healing. Chopra teaches that we can heal our bodies and minds by tapping into the infinite intelligence of the universe.

Eckhart Tolle is another popular new age philosopher. He is best known for his book The Power of Now, which has sold millions of copies worldwide. In it, Tolle teaches that the key to happiness is living in the present moment. He urges us to let go of our past and future worries, and to focus on the present moment instead.

Marianne Williamson is a renowned speaker and author on the topic of self-love. In her book A Course in Weight Loss, Williamson teaches that the key to lasting weight loss is to love and accept ourselves exactly as we are. She urges us to fill our lives with love and compassion, and to let go of the need to be perfect.

These are just a few of the many famous new age philosophers out there. If you’re interested in exploring this type of thinking further, there are plenty of resources available to help you get started.

4. What are some of the most popular new age philosophies?

There are a number of popular new age philosophies that have gained traction in recent years. Some of the most popular include the law of attraction, manifesting, and energy healing.

The law of attraction is the belief that you can attract what you desire into your life through positive thinking and manifestation. This philosophy has been popularized by a number of self-help books and teachers, and has become a popular way for people to try and create the life they want.

Manifesting is another popular new age philosophy that revolves around the idea that you can create what you want in your life through the power of your thoughts and intention. This belief has gained a lot of popularity in recent years, as more and more people are beginning to realize the power of their thoughts and emotions.

Energy healing is another popular new age philosophy that focuses on the idea that you can heal your body and mind by working with the energy that surrounds us. This belief has led to the popularity of energy healing modalities such as reiki and acupuncture.

These are just a few of the popular new age philosophies that have gained popularity in recent years. If you’re interested in exploring these concepts further, there are a number of resources available to help you get started.

5. What are some of the criticisms of new age philosophy?

6. What is the future of new age philosophy?

The future of new age philosophy is anything but certain. In fact, it is quite difficult to predict what direction it will take. However, there are a few possible scenarios that could play out.

As society becomes increasingly open-minded, new age philosophy could start to become more mainstream. More and more people could become interested in exploring spirituality and alternative ways of thinking. This could lead to new age philosophy becoming more accepted by the mainstream population.

Whatever direction new age philosophy takes, it is sure to be an interesting journey.

7. What are some of the challenges faced by new age philosophers?

New age philosophers face many challenges in today’s world. One of the biggest challenges is that they are often misunderstood. People often associate new age philosophy with religion, when in reality it is a completely different field.

Finally, new age philosophers also have to deal with the fact that many people simply don’t take them seriously. Philosophy is often seen as something that is only for academics or people who are “into that kind of thing.” This can make it hard for new age philosophers to get their ideas out there.

Despite all of these challenges, new age philosophy is an incredibly important field. It helps us to think about the big questions in life and to find our own answers to them. It is a way of thinking that is not bound by the rules of science or religion, and that is what makes it so special.

8. What are some of the opportunities for new age philosophy?

There are many opportunities for new age philosophy. For example, you can explore the nature of reality, the meaning of life, and the purpose of existence. You can also examine the impact of technology on society and how it is changing the way we think and behave. Additionally, you can investigate the role of spirituality in our lives and how it can help us to lead more fulfilling and meaningful lives.

9. What are some of the benefits of new age philosophy?

New age philosophy is a way of thinking that emphasizes personal growth, self-realization, and spiritual development. It is often seen as a response to the materialism and skepticism of modernity.

Some of the benefits of new age philosophy include:

-A greater focus on personal growth and development.

-A more holistic view of reality that includes the spiritual dimension.

-An emphasis on living in the present moment.

-A recognition of the interconnectedness of all life.

-A commitment to making positive changes in the world.

There are many different aspects to new age philosophy, but one of the most important is the idea of personal growth. This means that we each have the power to improve our lives by developing our own abilities and talents. We can also help others to grow and develop by sharing our own knowledge and experiences.

One of the best ways to learn more about new age philosophy is to read books on the subject. There are many excellent titles available, and they can provide you with a wealth of information and insights. You can also find plenty of online resources that can help you to explore this belief system further.