The world is full of mysteries, and few are as intriguing as ghost ships. These phantom vessels have been reported for centuries, sailing the seas without a crew or any sign of life onboard. 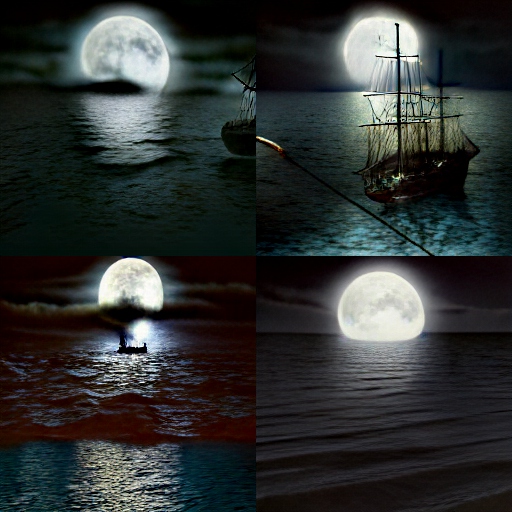 There are many theories about what could cause a ghost ship to appear. Some say that they’re the lost souls of sailors, still sailing the seas in search of their final destination. Others believe that they’re physical manifestations of supernatural beings or events. Whatever the case may be, ghost ships are definitely one of the most fascinating phenomena in the world.

Whatever the truth may be, the Mary Celeste remains one of the most fascinating maritime mysteries of all time.

The SS Baychimo was a cargo steamship that became trapped in ice off the coast of Alaska in 1931. The ship was abandoned by its crew, but it continued to drift in the Arctic for decades. In 1969, the Baychimo was sighted again, and it has been seen sporadically since then. Despite being abandoned, the Baychimo is still technically owned by the Hudson’s Bay Company.

The SS Vortigern was a British cargo ship that was sunk by a German U-boat during World War II. The ship was carrying a cargo of wheat from the United States to the United Kingdom.

The Vortigern was sailing in a convoy of ships when it was attacked by the German submarine U-123 on October 30, 1940. The U-boat fired a torpedo at the Vortigern, which struck the ship in the stern. The Vortigern quickly began to sink, and the crew abandoned ship.

Sadly, there were only seven survivors from the Vortigern’s crew of 43. The rest of the crew perished in the sinking or were killed by the U-boat.

The SS Vortigern was just one of the many ships that were sunk by German submarines during the Battle of the Atlantic. This battle was a crucial part of World War II, as the Allies needed to keep the supplies flowing in order to win the war.

Although the Vortigern and its crew did not survive the war, their sacrifice helped the Allies to ultimately victory.

The Kaz II is a modern day ghost ship. In 2007, the yacht was involved in a mysterious incident in which the entire crew vanished without a trace. The only thing left behind was a single life raft, with no sign of what happened to the rest of the crew.

There have been many theories about what could have happened to the Kaz II and its crew. Some believe that they were abducted by aliens, while others think that they simply fell victim to a freak wave or storm. However, the most likely explanation is that the crew simply abandoned ship after a fire broke out on board.

Whatever the case may be, the Kaz II remains one of the most mysterious and intriguing maritime incidents of our time.

The Ghost Ship Octavius is one of the most famous haunted ships in the world. The ship was built in the early 1700s and was used as a merchant vessel. It was used in the slave trade and was involved in several wars. In 1775, the ship was captured by the British and was used as a prison ship. It was later abandoned and became a ghost ship.

The Carroll A. Deering was a five-masted commercial schooner that ran aground off the coast of North Carolina in January of 1921. The ship was abandoned and all hands were lost. The Deering was discovered by the Coast Guard, but no one knows what happened to the crew. Some believe they were victims of piracy, while others believe they may have succumbed to disease. Regardless of what happened, the Deering remains one of the most famous ghost ships in history.

The Ourang Medan is one of the most mysterious shipwrecks in history. The entire crew was found dead, and the cause of their deaths is still unknown. There are many theories about what happened to the ship, but no one knows for sure.

Whatever the cause of the Ourang Medan’s demise, it remains one of the most fascinating shipwrecks in history.

The MV Joyita was a cargo ship that disappeared in the South Pacific in 1955. The ship was last seen on October 3, 1955, and was scheduled to arrive in Suva, Fiji on October 5. The ship was carrying 25 passengers and a crew of 9, as well as medical supplies and other cargo.

The ship was found adrift on November 10, 1955, with no sign of the crew or passengers. The only clue to the ship’s disappearance was a single lifejacket that was found on board.

Theories about the ship’s disappearance abound, but no one knows for sure what happened. The most likely explanation is that the ship sank after taking on water, but it’s also possible that the ship was hijacked or that the crew and passengers abandoned ship for some reason.

Whatever the case, the MV Joyita remains one of the world’s great maritime mysteries.

The SS Valencia was a steamship that was built in 1890. The ship was originally used as a passenger liner that sailed between New York and Europe. The Valencia was one of the first ships to offer wireless telegraphy, and it also had some of the most luxurious accommodations of its time.

In 1900, the Valencia was sold to the Pacific Steamship Company, and it was used to transport gold miners from San Francisco to Alaska. The ship made several trips between San Francisco and Alaska before it was finally wrecked on Vancouver Island in 1906.

Although the Valencia was lost, its legacy lives on. The ship is remembered as one of the first vessels to offer wireless telegraphy, and it also helped to open up the west coast of North America to settlement and development.

If you’re ever out at sea and you see a ghost ship, be sure to give it a wide berth. You never know what kind of mysteries or dangers might be onboard.