Elves are one of the most popular fantasy creatures, and there are many reasons why people are drawn to them. They are often seen as graceful, beautiful and wise, and they have a close connection to nature. They also have a long history in folklore and mythology, which has helped to fuel people’s imaginations.

Books, movies and TV shows about elves often tap into our desire to escape from the mundane world and experience something magical. They give us a glimpse into a world where anything is possible, and where good always triumphs in the end. Elves represent the best of what we hope for in ourselves, and their popularity is likely to continue for many years to come. 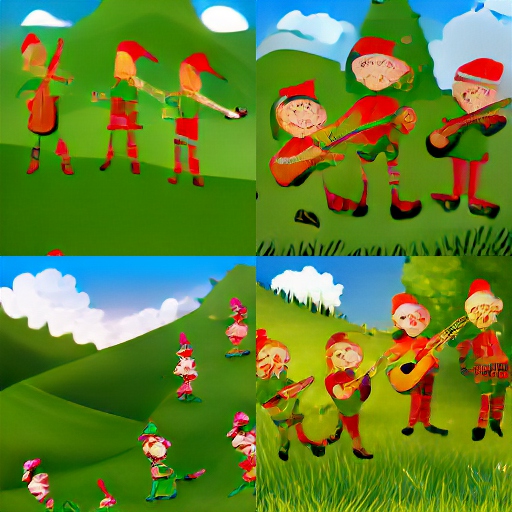 Elves are everywhere throughout history and in literature. Let’s take a look at some of the more famous cases.

1. In 16th century Germany, elves were said to cause mischief around farms, especially during the Christmas season.

Around the 16th century in Germany, people believed that elves caused mischief around farms, especially during the Christmas season. These mischievous elves were said to play tricks on farmers and their families, such as hiding their tools or putting hay in their shoes. Some people even claimed to have seen these elves riding on the backs of cows! Despite their mischievous ways, many people still found these elves to be charming and even humorous. In some stories, the elves even helped out the farmers in times of need. Whether you believe in them or not, it’s fun to think about these mischievous elves causing havoc on farms during the holiday season!

2. In the early 19th century, many people in the US believed that elves lived in the forests and helped Santa Claus deliver presents on Christmas Eve.

Believe it or not, people in the United States once believed that elves lived in the forests and helped Santa Claus deliver presents on Christmas Eve. This belief dates back to the early 19th century, when many Americans still lived in rural areas and had close ties to the natural world. At that time, Christmas wasn’t the commercialized holiday we know today. It was a more subdued affair, and the focus was on spending time with family and friends, rather than exchanging gifts. However, children were always excited to see what Santa would bring them. The belief that elves helped Santa was likely born out of a desire to explain how he could deliver so many presents in one night. After all, it’s a pretty tall order for one man (or even a team of reindeers) to deliver gifts to every child in the world in just one night. But with the help of elves, it suddenly seemed possible. This belief persisted well into the 20th century. In fact, the popular image of Santa Claus as a jolly old man in a red suit didn’t become widespread until the 1930s. Prior to that, he was often portrayed as a more serious figure, sometimes even wearing green. So next time you’re feeling cynical about the commercialization of Christmas, just remember that it could be worse. We could still believe that elves are helping Santa deliver presents!

3. In the late 19th century, a group of German immigrants brought the legend of the Christmas elf to America.

A group of German immigrants brought the legend of the Christmas elf to America in the late 19th century. The elves were said to be mischievous little creatures that would cause mischief in homes and businesses. They were also said to be very good at making toys and other objects. The elves became a popular part of Christmas folklore in America and their legend has been passed down through the years. Today, many people still believe in the mischievous elves and their ability to make toys and other objects.

4. In the early 20th century, the American illustrator Thomas Nast popularized the image of Santa Claus as a jolly, bearded man in a red suit.

Thomas Nast was an American illustrator who popularized the image of Santa Claus as a jolly, bearded man in a red suit in the early 20th century. Nast’s drawings of Santa Claus appeared in the pages of Harper’s Weekly magazine from 1863 to 1886, and his depictions of the jolly old elf helped to solidify the modern image of Santa in the minds of Americans. Nast also helped popularize the tradition of Christmas trees, and his drawings of decorated trees in people’s homes helped to make the practice more common in the United States.

5. In the mid-20th century, the Dutch artist Rien Poortvliet created a series of paintings and drawings of gnomes, which helped to popularize the creatures in the English-speaking world.

If you’re a fan of gnomes, then you have Rien Poortvliet to thank. This Dutch artist created a series of paintings and drawings of these little creatures that helped to popularize them in the English-speaking world during the mid-20th century. Poortvliet’s gnomes are based on the traditional German versions of these characters. They are often shown engaged in various activities, such as gardening, fishing, or even just relaxing. His drawings and paintings are incredibly detailed, and he has a real knack for capturing the personality of each gnome. Thanks to Poortvliet, gnomes have become a beloved part of pop culture, and can be found in homes, gardens, and even public parks all over the world. If you ever come across a gnome, take a moment to think of this Dutch artist who helped to make them so popular.

6. In J.R.R. Tolkien’s The Lord of the Rings, elves are a noble and magical race, while in C.S. Lewis’s The Chronicles of Narnia, they are mischievous creatures who live in the forest.

In J.R.R. Tolkien’s The Lord of the Rings, elves are a noble and magical race. They are immortal, and their magic is powerful. They live in Middle-earth, and their homeland is the Undying Lands. They are skilled in music, poetry, and warfare. They are also known for their beauty. In C.S. Lewis’s The Chronicles of Narnia, elves are mischievous creatures who live in the forest. They are not immortal, and their magic is not as powerful as that of the elves in Tolkien’s books. However, they are still skilled in music and poetry. They are also known for their beauty.

7. In the Harry Potter series, elves are portrayed as a proud and sometimes haughty race, with a great affinity for magic.

While the Harry Potter series does not focus too much on the elves, they are still a prominent race within the wizarding world. Elves are often portrayed as proud and haughty, with a great affinity for magic. This is likely due to the fact that they are some of the most powerful magical creatures in the series. Even though they are not the main focus, the elves still play an important role in the Harry Potter universe.

8. In the 2010 film The Elf on the Shelf, an elf comes to life and helps a family prepare for Christmas.

The Elf on the Shelf is a 2010 film that tells the story of an elf who comes to life and helps a family prepare for Christmas. The elf, named Elfie, is a magical creature who is able to help the family with their Christmas preparations. He is able to make the tree grow taller, the lights brighter, and the presents appear under the tree. Elfie is a true Christmas miracle and his help is greatly appreciated by the family.

9. In the 2013 film Elf Buddies, a group of elves help two children who have been left on the naughty list.

It’s that time of year again! The time when children all over the world anxiously await Christmas morning, hoping to find presents from Santa Claus waiting for them. But what about the children who don’t make the nice list? What happens to them? In the 2013 film Elf Buddies, a group of elves set out to help two children who have been left on the naughty list. Through a series of adventures, the elves teach the children the true meaning of Christmas and help them turn their lives around. This heartwarming film is a great reminder that Christmas is about more than just getting presents. It’s about giving to others, being kind, and making a difference in the world.