Creepy paranormal documentaries are lots of fun, if you’re into that sort of thing.

There’s no shortage of horror films in the world, but they all have one problem: they aren’t real.

You know Freddy Krueger won’t really get you because he’s just Robert Englund in a mask.

Werewolves don’t wreak havoc in London, and there are no sexy vampires who just want to play sexy baseball.

“It’s the American pastime.” No, what you need in your horror is that taste of real-life terror.

Here are some creepy documentaries about the paranormal that are guaranteed to get under your skin.

Following a high-profile UFO sighting and alleged military cover-up in Kecksburg, Pennsylvania, in the 1960s, the area also experienced a huge upsurge in Bigfoot sightings in the 1970s.

“The woman who lived across from me, heard a noise at the back of her trailer.

And she opened the door and bigfoot was standing there.” People living around Chestnut Ridge reported seeing UFOs and bizarre creatures for years, and the reports continue to this day.

This film traces the history of these sightings across the decades through first-hand accounts and chilling reenactments.

Over the course of 13 months in the 1960s, the small West Virginia town of Point Pleasant was home to numerous sightings of a strange, winged creature, which culminated in the deadly collapse of the Silver Bridge.

The events of this story have been dramatized in various films, including perhaps most famously 2002’s The Mothman Prophecies.

But the 2017 documentary The Mothman of Point Pleasant takes a personal look at the events through eyewitness interviews and reports.

The movie is a deep dive into the phenomenon that has become a point of pride for the people of Point Pleasant, inspiring a statue, a museum, and an annual festival.

Other monsters wish they had it so good.

The Nightmare This 2015 documentary looks into the phenomenon of sleep paralysis.

But as you watch it, you’ll quickly realize that you aren’t going to get any dry, boring facts.

In fact, not a single doctor or scientist is interviewed throughout the film’s 90-minute runtime.

Instead, The Nightmare sees eight different individuals who have experienced sleep paralysis describe their experiences, which are then reenacted to horrifying effect.

While they’re all bizarre, the one that will really stick with you is the shadow people.

Looming silhouettes who stand over your bed while you lie helpless is enough to inspire a few nightmares of your own, whether you experience sleep paralysis or not.

But there’s always room for one more interpretation, right? My Amityville Horror came out in 2012 and is an account of the Amityville haunting from the perspective of the now-adult Daniel Lutz, who was only a child at the time of the alleged haunting.

While the movie does look at the haunting from his point of view, it’s also a look at the way being associated with a famous paranormal story since childhood has affected Daniel psychologically.

The original TV documentaries recount the alleged experiences from the perspectives of the victims, mixing reenactments with narration and interviews.

Connecticut deals with a family moving into a house that was formerly a funeral parlor.

There, the children begin seeing ghosts, including a demon they refer to as “the Man in the Suit.” “This demon would tell him, go upstairs and do something bad.” Meanwhile, Georgia deals with a family who moves into an abandoned home only for their 4-year-old daughter to begin communicating with a series of imaginary friends.

In short, if creepy kids and their spooky imaginary friends give you the heebie-jeebies, the two pilot episodes of the now-ongoing A Haunting series are probably just what you’re looking for.

The Pantry Ghost Documentary The “pantry ghost” phenomenon began with a series of YouTube videos in 2007 in which a man claimed there was a ghost opening his pantry door every night at the same time, 12:34 a.m.

The authenticity of these videos has been hotly debated in the decade since they first appeared, and 2013’s The Pantry Ghost Documentary expands on the alleged phenomenon, adding interviews with the man’s family and giving the background of how the original videos came to be made.

It’ll definitely have you questioning how it was done, whether by human or inhuman means.

Ghosts on the Underground This eerie 2005 documentary doesn’t rely on the usual reenactments or jump scares.

It’s mostly a series of interviews with workers from London’s subway system, the oldest in the world, in which the workers explain the strange things they’ve seen and experienced.

There’s no composited footage of what a ghost might have looked like and no actors — just real people with real stories.

The closest the film comes to offering visual evidence of a ghost is a man in an electric chair that appeared in the background of a photo of a little boy.

Even so, Ghosts on the Underground covers some seriously creepy stories, and the film regularly inserts title cards to remind you just how many people have actually died down there, which is spooky enough on its own.

Out of the Blue Are there aliens among us? That’s the question posed by the 2002 TV documentary Out of the Blue, a feature-length film that calls itself “the definitive investigation of the UFO phenomenon.” This film is packed with interviews with experts, from scientists to eyewitnesses to high-ranking military officials, in an attempt to prove that some unidentified flying objects actually may have alien origins.

It also looks into alleged government attempts to smother public belief in extraterrestrials.

If alien encounters and government conspiracies are more your cup of tea than ghosts in the pantry, then Out of the Blue and its sequel, I Know What I Saw, are probably for you.

Plus check out all this cool stuff we know you’ll love, too!

The 1960s: The Golden Age of ESP Research 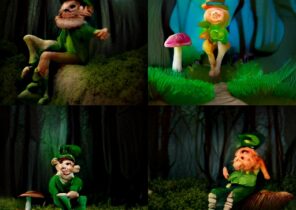 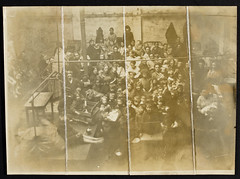